I made a tool for creating React components with visual TDD

How much time do you devote to React Cosmos?

For the first few years, I was working after hours, alongside a demanding full-time job. Not a good experience. Later, when I decided to leave my job and take a break from it all, there was a period where I could work on React Cosmos full time. This wasn't very productive either. Working exclusively on an open source project I had no plans on monetizing made me anxious, and rightly so. Eventually, I found flexible gigs that seem to work well for me. Nowadays I spend roughly two days a week working on React Cosmos, which allows me to make significant contributions while also having a steady income.

Underestimating the workload. I think I have a bias for hard work and tend to choose the hardest, most complete solution when faced with a problem, without much regard for my time. This, of course, is a bad strategy in life. It took me a while to figure it out, but I'm improving. So the latest version of React Cosmos has fewer features than the previous. Not only does it take less time to build, but a reduced feature set is also easier for users to comprehend and use.

What are your hopes for the future of React Cosmos?

My main goal is to make something useful, and I get an extra kick out of it when it's useful to me. So in that way, React Cosmos has already achieved its purpose. But I don't think it's reached its potential yet, mostly due to an incoherent feature set and subpar presentation. This is why I'm excited about the upcoming v5, which has a simpler, more thoughtful design. Ultimately, my hope is to put React Cosmos in the hands of those who would benefit from it.

Can I make a living from open source? Not sure yet. The real question is: Do I want to start a business? Open source sustainability might seem like a completely different animal, but at the end of the day, it's asking people to pay for a product or service, and turning a profit. No need to complicate it more in my opinion. Meanwhile, I enrolled in the GitHub Sponsors program and the "You have a new sponsor" email immediately became my favorite dopamine cue. Can this become my main source of income? I'm skeptical, but would love to be proven wrong! :)

You've worked on some other cool projects like Illustrated Algorithms too, what's your overall motivation for building these open source projects?

Aside from what I've already mentioned, curiosity is a big motivator for me. I like to learn new things in any field, but I find it hard to remain focused for a long time unless I use what I'm learning in some way. This can mean making something useful, something fun, or explaining what I've learned to others.

Figure out your (real) motivation before sinking all your time into something. Open source sits at the intersection of business and hobby, so it's easy to get caught up and forget why you're spending enormous energy on a project that's neither fun nor profitable. You don't owe anybody your time. It's your responsibility, however, to draw the line. People will always take from you as much as you give them, and then some more. Indeed, being useful to others is the end game, but only if you manage to take care of yourself first.

React Cosmos V5 has just been released at the time of publishing this, so if you are in need of a better interface for creating React components, check it out here.

You can also find out more about Ovidiu by following him on Twitter or GitHub, or better still sponsoring his work here.

From surviving clearfix and other CSS hacks to experiencing the advent of CSS3, and discovering the power of raw CSS in 2019, I'm just in awe of how far we've come. I want Cutestrap to be a reflection of what CSS can do in 2019. 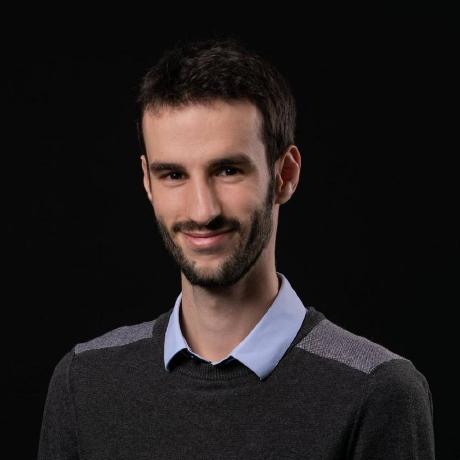